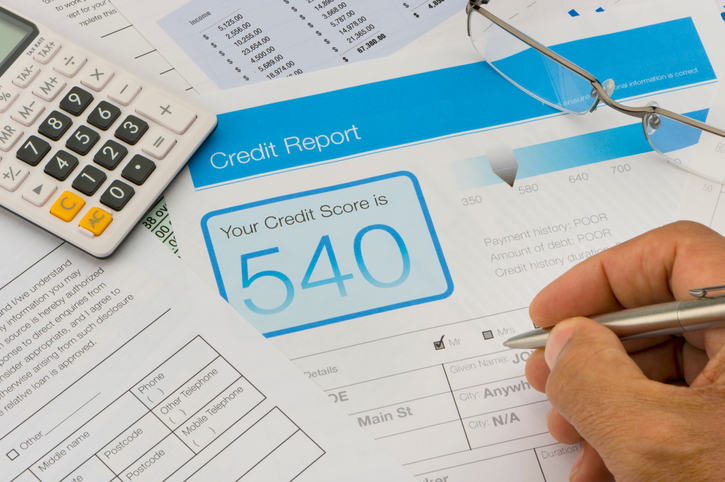 Things are heating up for the Credit Access and Inclusion Act (CAIA), a bill that would help working families build credit by including alternative data such as utilities, telecom payments and rent in credit scores. The House unanimously passed the bill (H.R. 435) in February, and a Senate version (S. 3040) is moving with bipartisan support. This is a critical opportunity to enshrine the CAIA into law and boost the finances of millions of low- and moderate-income families.

Although the bill has enormous potential for good, we recognize that it is very complicated. Below are some of the most common questions and concerns about the CAIA.

1. Why Does a Higher Credit Score Matter?

According to the Consumer Financial Protection Bureau (CFPB), roughly 45 million households in America have no credit score. Of the 190 million people who have credit scores, about half have a low score (subprime). Poor credit especially hurts low-income families and households of color, who either pay significantly more for higher-cost credit or are locked out of the credit market entirely.

The Financial Industry Regulatory Authority (FINRA) gives an example of how inequity in the credit market plays out. Imagine two prospective homeowners—one with strong credit and the other with weak credit—considering homes valued at $200,000. The person with strong credit is offered an interest rate of 3.5% for a 30-year fixed mortgage, while the person with lower credit is offered a five percent interest rate. The person with lower credit ends up paying $184 dollars more per month than the person with the higher score, and this amounts to approximately $66,000 in additional costs over the life of the loan. An interest rate increase of only 1.5% leads to tens of thousands of extra dollars drained from a family’s pocket.

2. Will Working Families Be Harmed by Increased Reporting of Positive Rent, Utility and Phone Payments to Credit Bureaus?

The vast majority of families stand to gain from more inclusive credit reporting. More than a decade’s worth of evidence supports the inclusion of rent, utilities and phone payments, and studies indicate that households earning less than $20,000 per year experienced the greatest boost to credit access when utilities and phone payments were included. In a rent reporting pilot conducted by the Credit Builders Alliance (CBA), participants who initially had the lowest credit scores saw the greatest increase in their scores after rent reporting was implemented. Studies also show higher benefits of inclusive credit reporting for Black and Hispanic families.

3. Are Consumer Protections Undermined by the Bill?

It’s very unlikely consumer protections will be undermined by these changes. A major concern is that if lenders and service providers report missed payments early in the payment cycle, customers would find it harder to float certain debt when they are financially strapped (e.g. wait more than one payment cycle before paying).

But missed payments are rarely—if ever—reported to credit bureaus when they are only a few days late. There are too many operational burdens (like cost and time) to make reporting too soon worthwhile. If reporting too early was actually worth it, we would already see lenders and banks doing it.

In fact, the vast majority of utility companies that report payments to credit bureaus wait at least 60 days before reporting a late payment, according to a report from the Policy and Economic Research Council (PERC). When these payments are factored into the scoring process, their impact is negligible. The truth is most people pay their bills before serious delinquency, and this includes low-income households. Only three percent of households earning $50,000 or less per year had a single 60-day late payment reported during the PERC study’s one-year period.

Consumer privacy is impacted no matter what kind of debt is reported (credit cards, utilities, student loans, etc.). Utilities, rent and phone payments should not be treated differently from other types of debt. Information about those payments would not be publicly available, and only basic data would be reported to credit bureaus.

Why is it an invasion of privacy to report utility payments, but it is perfectly acceptable to report credit card payments without permission, which is done as a matter of course? It seems unfair to reward wealthier people for routinely paying mortgages and credit card payments while offering no benefit to people regularly paying their utility and rental obligations.

Next Steps: Call Your Senator

We hope these answers clear up any major questions about the bill and inspire you to take action. Low-income families and households of color already have too many inequities holding them back, and it’s time for that to change. Please call or email your Senator now and ask them to support the Credit Access and Inclusion Act (S. 3040).

Financial assistance programs such as the Temporary Assistance for Needy Families Program (TANF), Supplemental Nutrition Assistance Program (SNAP), and the...

Last week, Prosperity Now was proud to partner with Prudential Financial to bring together emergency savings experts on Capitol Hill...

Because of the high volume of news coming out Washington, it’s easy to miss the news of substantive policy changes...