As Debt Soars, It’s Time to Help America Save 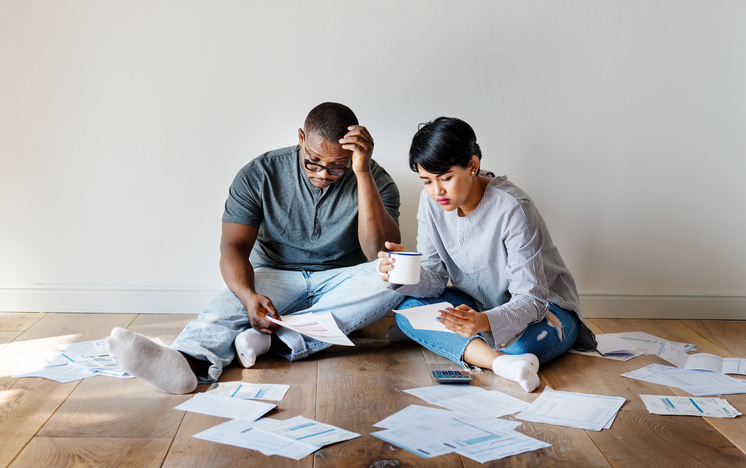 We have reached historic levels of personal debt in this country. The indebtedness of the poorest fifth of the nation has increased a numbing 500 percent over the last 30 years. This debt exposes families to increasing instability, stress and desperation at a time when wages have stymied or decreased, expenses have gone up and volatility has risen to destabilizing levels. Indebtedness also hurts upward mobility, as most households lack a downpayment on a house, business or an education that is key to moving forward economically.

We can restore hope by building savings. Saving is not primarily the result of individual behavior – it is the result of a system designed to support it. We save when it is easy to, such as making the decision to have a small percentage of your salary diverted from each paycheck once, and from there your 401(k) grows with little further attention or effort. It’s also easy to save when a monthly deduction is made from your salary with a savings match from your employer, and the combined amount is put into tax-free investment plans overseen by competent managers.

This system and its $200 billion in annual federal tax subsidies is why the wealthy have some measure of retirement security. It fails lower- and middle-income households entirely. Each year, the federal government spends a quarter of a trillion dollars – $251 billion – on savings and investment subsidies. The largest portion of this spending is the 20 percent capital gains tax rate – half of the maximum tax rate on earned income, giving the wealthiest a huge break for unearned income. In 2016, the very richest .1 percent of Americans received on average $138,280 in these incentives – 13,000 percent more than the $10 conferred on the average working family.

Instead of continuing these upside-down incentives, we should institute a form of Universal Savings Accounts (USAs), as proposed in my forthcoming book, A Few Thousand Dollars: Sparking Prosperity for Everyone. USAs would match the first $500 in savings held over six months on a sliding scale. The poorest quarter would have their savings matched four dollars to one. Each wealthier quarter of taxpayers would be matched three, two and one dollar for each dollar saved, respectively. So even the wealthiest Americans would get a dollar-for-dollar match, while the poorest quarter of taxpayers could build a $2500 nest egg each year if they saved $21 a month – an amount research indicates even the poorest Americans will save, not because it’s easy, but because it is the price of stability and hope. 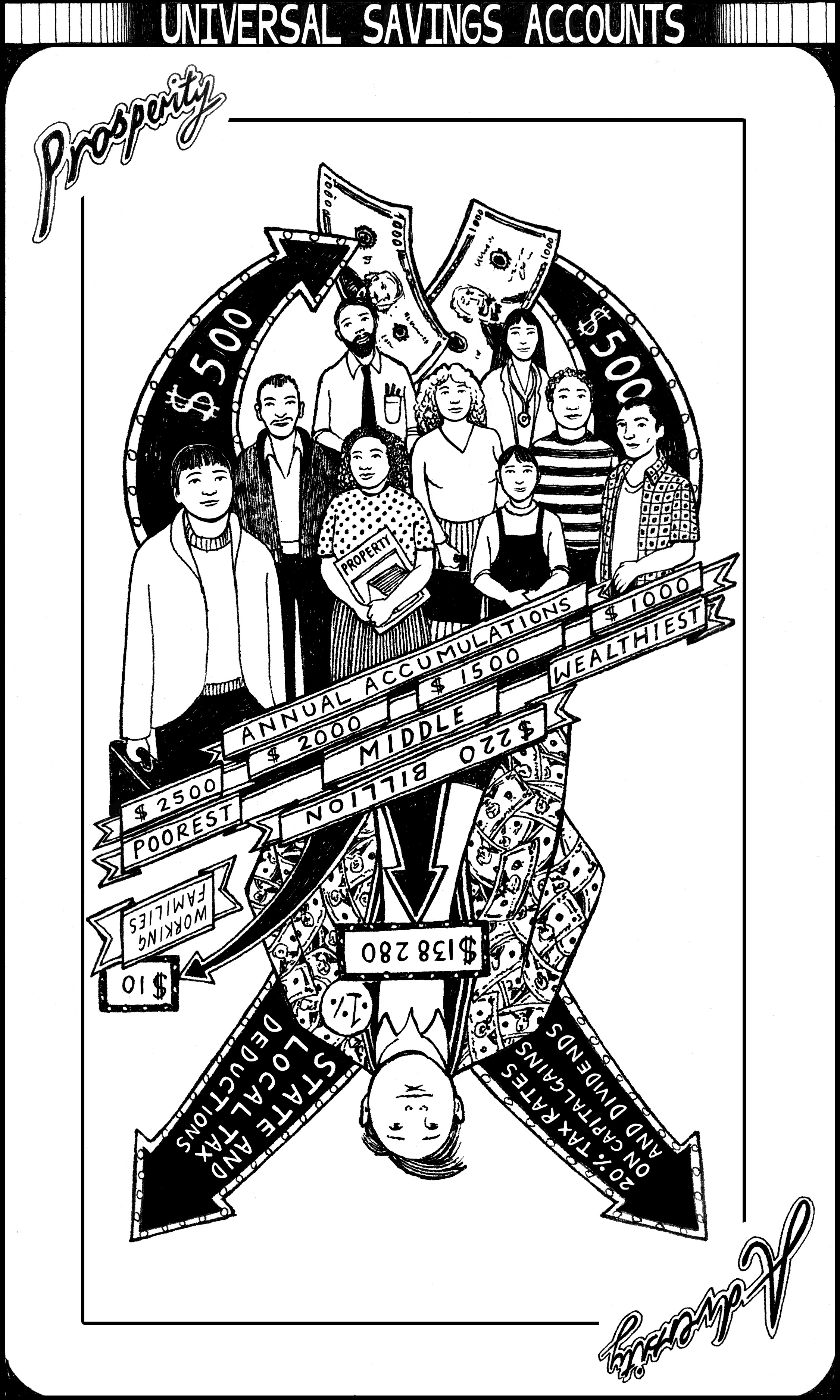 Where would the funding for USAs come from? Reducing current unfair and unproductive savings and investment tax incentives – for example, raising the tax rate on capital gains to or nearer the rate on wages. Does anyone really think unearned income should be taxed at half the rate of earned wages? Yes, returns on capital investment take time and involve risk, but the market returns of worthwhile investments should compensate for that.

With a quarter or more of Americans unbanked or underbanked (and often relying on predatory lenders), we must insure access to basic savings and investment accounts for all. Deposit insurance is a huge federal subsidy and guarantee conferred upon depository institutions. It should carry with it the responsibility of providing affordable, appreciating and accessible savings accounts to all. If the private sector can’t or won’t provide such savings opportunities, then federal, state and local governments in partnership with the private sector should insure that everyone can access these accounts.

A Few Thousand Dollars will be released on October 9, 2018. Pre-order a copy, and let us know what you think of the book on social media using #AFewThousandDollars.

Wealth is a necessary input to achieving prosperity, not just a desirable output. Progressive matched accounts, entirely funded by re-rerouting...

We Need a Better Solution for Asset Poverty Wage income has plateaued for most Americans while debt has grown, so...

Why I Wrote A Few Thousand Dollars: Sparking Prosperity for Everyone

All my adult life, especially over the last 40 years since founding Prosperity Now in 1979, I have explored the...

Editor's Note: This article was updated on September 18, 2018. Saving is at the core the American Dream. It helps...