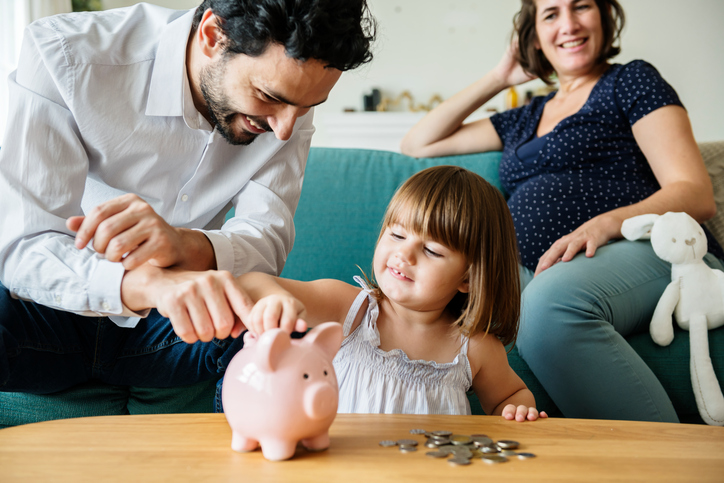 Editor's note: This is a guest post by Dr. William Elliott, a professor at the University of Michigan School of Social Work. He is also a member of the Campaign for Every Kid's Future Steering Committee and the founder of the Center on Assets, Education and Inclusion.

Coming out of the Great Depression and the New Deal, President Franklin D. Roosevelt told his fellow Democrats in 1936, “Liberty requires opportunity to make a living decent according to the standard of the time, a living that gives man not only enough to live by, but something to live for.” Without this opportunity, he continued, “life was no longer free; liberty no longer real; men could no longer follow the pursuit of happiness.”

Roosevelt was effectively spelling out the difference between surviving (having “enough to live by”) and thriving (having “something to live for”). That distinction has important implications for anti-poverty policies.

Income-based policies are primarily for low-income families to have enough to “live by,” while asset programs target upper-income families with “something to live for.” Among the top one percent of households, only 39% of personal income is derived from labor income, while 53% is capital income (e.g., business profits, dividends, net capital gains, taxable interest and tax-exempt interest).

Advocates for income policies point out that the poor have little discretionary money, necessitating the provision of resources that take care of basic needs. But they never get to policies that allow the poor to move beyond basic needs and thrive. Perversely, they end up fighting to keep the poor at or near poverty.

To take anti-poverty efforts to the next level, we need a strategy that focuses on building assets for the poor. As I detail in my new book, Making Education Work for the Poor: The Potential of Children’s Savings Accounts, we can use Children’s Savings Accounts as a vehicle for building wealth for low-income families. This agenda has two essential parts: creating a structure (“the plumbing”) and wealth transfer (“turning on the water”).

Children’s Savings Account (CSA) programs are interventions that build assets for children to use as long-term investments. CSAs have the potential to act as the plumbing for an asset-building agenda that helps low-income children thrive, linking poor children with accounts that can receive both private and public wealth-building transfers. This means rethinking CSAs not just as vehicles for household savings, but also as an institutional structure for asset transfers.

However, the currently prevailing small-dollar CSAs (i.e., initial deposits between $5 and $1,000) will not be enough by themselves to move the poor from surviving to thriving. Water, in the form of a wealth transfer, will have to be pumped into these accounts at the same time.

Turning on the Water: Wealth Transfers That Make a Difference

There are three ways small-dollar CSAs can make significant wealth transfers to accountholders, all with very little new funding.

One source of water is a rewards card program, which gives participating families a one to five percent rebate that goes directly into their child’s CSA each time a purchase is made with the rewards card, regardless of how it’s made (even food stamps count). Unlike other asset-building programs for the poor that rely on their limited resources for survival, a rewards card program transforms spending into saving. The idea is currently being tested in three CSA programs in the Midwest and it’s showing early promise.

Billions of dollars are provided every year in educational scholarships—what if some portion of those funds were placed in children’s accounts much earlier? That’s another way small-dollar CSAs can turn on the water: by awarding scholarships early. For example, the College Board recommended supplementing the Pell Grant program by opening savings accounts for children as young as 11 or 12 who would likely be eligible for Pell once they reached college age. Annual deposits of 5-10% of the Pell Grant award would be made to the account. Other scholarship programs can also be transformed into early asset-building programs.

Finally, small-dollar CSAs can enable thriving by implementing a p-card program. P-cards provide governments and employers the opportunity to receive a rebate on purchases made with a government credit card. For example, the City of Long Beach negotiated rebates with its vendors so that every time the city makes a purchase using its p-card, a 1.51% rebate would go into a general fund for establishing CSAs. This fund is estimated to gross up to $15,000,000 annually. Similar arrangements could potentially be made in the private sector.

It’s important to stress that installing the plumbing and turning on the water have to be done simultaneously. Doing the former and delaying the latter won’t go far enough to break the cycle of poverty and inequality in America. By adopting these policies in concert, we can give people the opportunity to thrive.

To learn more about the importance of an asset agenda, read my new book.

Get the latest on our work in Children’s Savings by joining the Campaign for Every Kid’s Future.

In 2003, Prosperity Now helped launch Saving for Education, Entrepreneurship and Downpayment (SEED), a national policy and practice initiative to...

New 529 Rule Changes and What They Mean for CSAs

With the passage of the Tax Cuts and Jobs Act (TCJA) last December, Congress made sweeping changes to the tax...

Conducted annually, the survey assesses a plethora of aspects of the design and operation of the CSA program respondents, including number of accounts, account incentives, wrap-around services for students and parents, and other critical program features.