How the Earned Income Tax Credit Lifts Families From Poverty 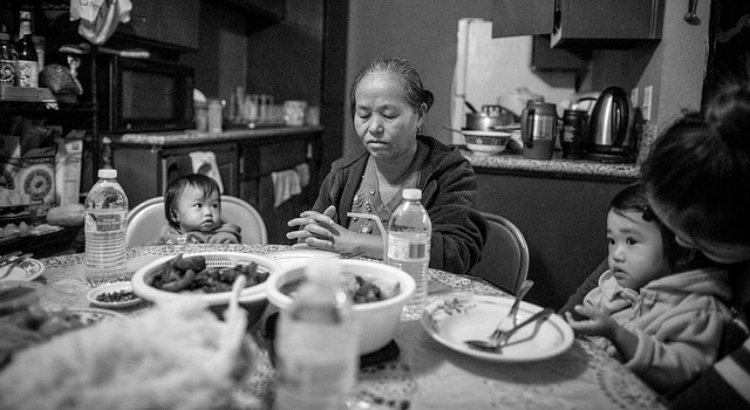 Editor's note: This story was kindly shared with Prosperity Now by the Marguerite Casey Foundation.

One of the federal government’s biggest, if often overlooked, anti-poverty programs is the Earned Income Tax Credit, or EITC. As tax season comes to a close, there is still time to take a look at how the EITC works, who can benefit from this program and why some experts think it should be expanded.

All of this information is useful for future tax filings. Even if you missed out on filing for the EITC in previous years, or didn’t file taxes at all, you can still apply for this credit back to tax year 2014.

Though it’s formally called a credit, the EITC is a tax refund that puts extra money in the pockets of lower-income working families and individuals, particularly those raising children. “The EITC is set out to encourage work, and also boost the earnings of low-income workers,” says Hunter Blair, a budget analyst with Economic Policy Institute, a progressive think tank.

In 2017, 27 million eligible workers and families nationwide received about $65 billion in tax credits under the EITC. The federal government estimates these working family tax credits lifted 9.4 million people out of poverty, including 5 million children.

If the EITC amount for which you qualify is greater than your total tax liability, the government pays the difference back to you. Depending on what a family earns in a year and its number of members, the tax refund can be up to about 13 percent of the household income.

Here’s how it works. For a single working parent with two children, for example, the first dollar earned in the tax year is credited 40 cents under the EITC, up until the first $14,040 of annual income. After that, additional earnings don’t reduce your credit, until you hit $18,340 in annual income. At that point, each additional dollar earned reduces your credit by about 21 cents, until the credit zeros out at income greater than $45,007.

One of the trickiest parts of the EITC for the tax filer is determining who qualifies as a dependent child under the program. For anyone claiming dependent children under the program, the IRS requires Schedule EIC, which walks you through determining who qualifies. A critical point is that the child must have lived with you for more than six months of the year, even if you paid most of the child’s living expenses.

Although the EITC has received wide bipartisan support as an anti-poverty measure since it was first rolled out in 1975, economists have fiercely debated whether raising the minimum wage or expanding the EITC would better help boost low-income workers’ earnings and attract them to the labor force.

That’s a false dichotomy, though, argues Blair, the EPI budget analyst. “It’s a really interesting debate. One of the things about the EITC is that, because it increases the labor supply, it has the unintended effect of pushing down wages… Part of the benefit is captured by employers,” he says.

“It has a particularly damaging effect for childless adults, because they are working for the same employers as workers with children but are not seeing the same benefit from the EITC.”

Instead of viewing higher minimum wages and the EITC as competing anti-poverty strategies, they should be looked at as complementary, Blair argues. That is, the EITC to boost labor participation, and a higher minimum wage to prevent a robust labor supply from depressing wages.

One of the key criticisms of the EITC is how tilted it is in favor of low-income workers with children, as opposed to childless workers, who qualify for a maximum credit of just $510. A childless married couple filing jointly had to make less than $20,600 to qualify for any refund under the EITC in 2017.

“There has been, in the past at least, bipartisan claims that it’s something important to be doing something toward increasing the EITC for childless workers,” Blair says. “But if we look at the recent tax bill it certainly didn’t show up there.”

For low-income workers, the good news about the recent tax bill is that at least the EITC wasn’t cut, even if it was not expanded. The income limits and maximum credit amounts increase by inflation each year, and the IRS has already published those amounts for tax year 2018.

Equal Voice is Marguerite Casey Foundation’s publication featuring stories of America’s families creating social change. With Equal Voice, we challenge how people think and talk about poverty in America. Keith Griffith is a freelance journalist in New York City. About the top image: A Hmong family in Fresno, California is seen in 2013. Photo by Mike Kane for Marguerite Casey Foundation.