How the Government Shutdown Put Rural Households Under Threat 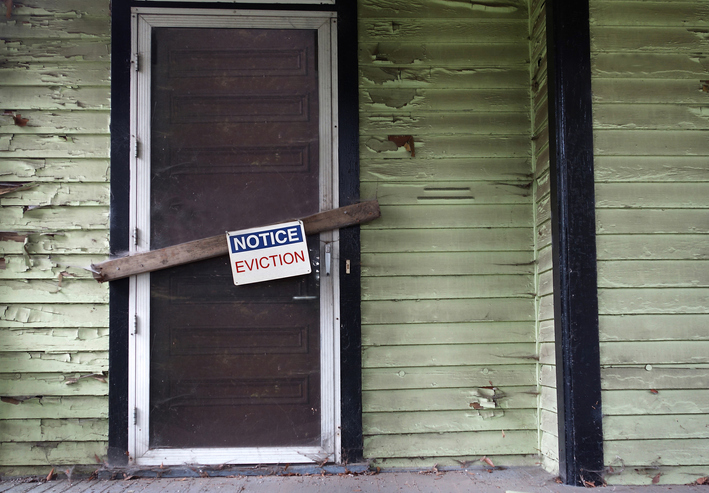 When most people think of the consequences of the government shutdown, housing is not the first thing that comes to mind. However, several types of mortgages are government-backed, and during the most recent government shutdown—the longest in history—federal lending and payments were stopped for thousands of households. As the multiple agencies responsible for financing homes (whether for rental housing or mortgages) closed down, they left homebuyers in a state of uncertainty and renters in danger of repercussions at the hand of their landlords.

The Department of Housing and Urban Development subsidizes over one million low-income households by paying a portion of their rent directly to private landlords. During the shutdown, many property owners did not receive payments on time; and some even began to initiate eviction proceedings. For many tenants, the absence of their subsidy means they would be responsible for rental payments double or nearly triple their regular monthly payment.

The U.S. Department of Agriculture (USADA) closed regional offices, and several functions ceased operations including civil rights, human resources, financial management, audit, investigative, legal and information technology activities among several others. The USDA’s rural affordable housing programs have generally maintained a low profile inside the department, due to the small percentage of USDA loans in comparison with entire mortgage market. However, these loans are critical to the prospective homebuyers, since they finance 100 percent of the mortgage. During the shutdown, there were barely any emergency procedures in place to deal with the provision of payments of existing rural development loans and grants for housing, community facilities, utilities and businesses—leaving thousands of homeowners in rural America in danger of losing their homes.

In rural America, the shutdown was particularly felt because nonprofit groups that help the USDA offer homeownership to rural Americans were dangerously close to running out of reserves. In these rural areas, there are fewer alternatives for financing and few rental options then in non-rural areas, putting extra burden on the nonprofits to fill the gap. Nonprofits know rural families are ultimately responsible for making payments to keep getting supplies and paying contractors during government shutdowns. For these families, the only option is to figure out how to make payments they cannot afford for a home that is only halfway built. If not, they could face liens that damage their credit, putting them under greater financial strain.

The government shutdown highlights the lack funding across the affordable housing sector, but especially for rural households, where there are even less options and support to begin with. Join the Affordable Homeownership Network and sign up for the Advocacy Center to protect affordable housing for thousands of low-income and at-risk renters and homebuyers.

What It Takes to Implement a Rent Reporting Program

EDITOR’S NOTE: This is the second post in a series of blog posts published by Prosperity Now’s Affordable Housing team...

Why Rent Reporting Is a Pathway to Good Credit

EDITOR’S NOTE: This is the first in a series of blog posts published by Prosperity Now’s Affordable Housing team about...

Across the country, low-income Americans are struggling to pay rent and the dream of homeownership is increasingly skewed towards wealthy...

While there are many downpayment assistance programs at the local, state and federal levels to help eligible borrowers, the options...