More than Just a Home: The Martinez Family’s Story 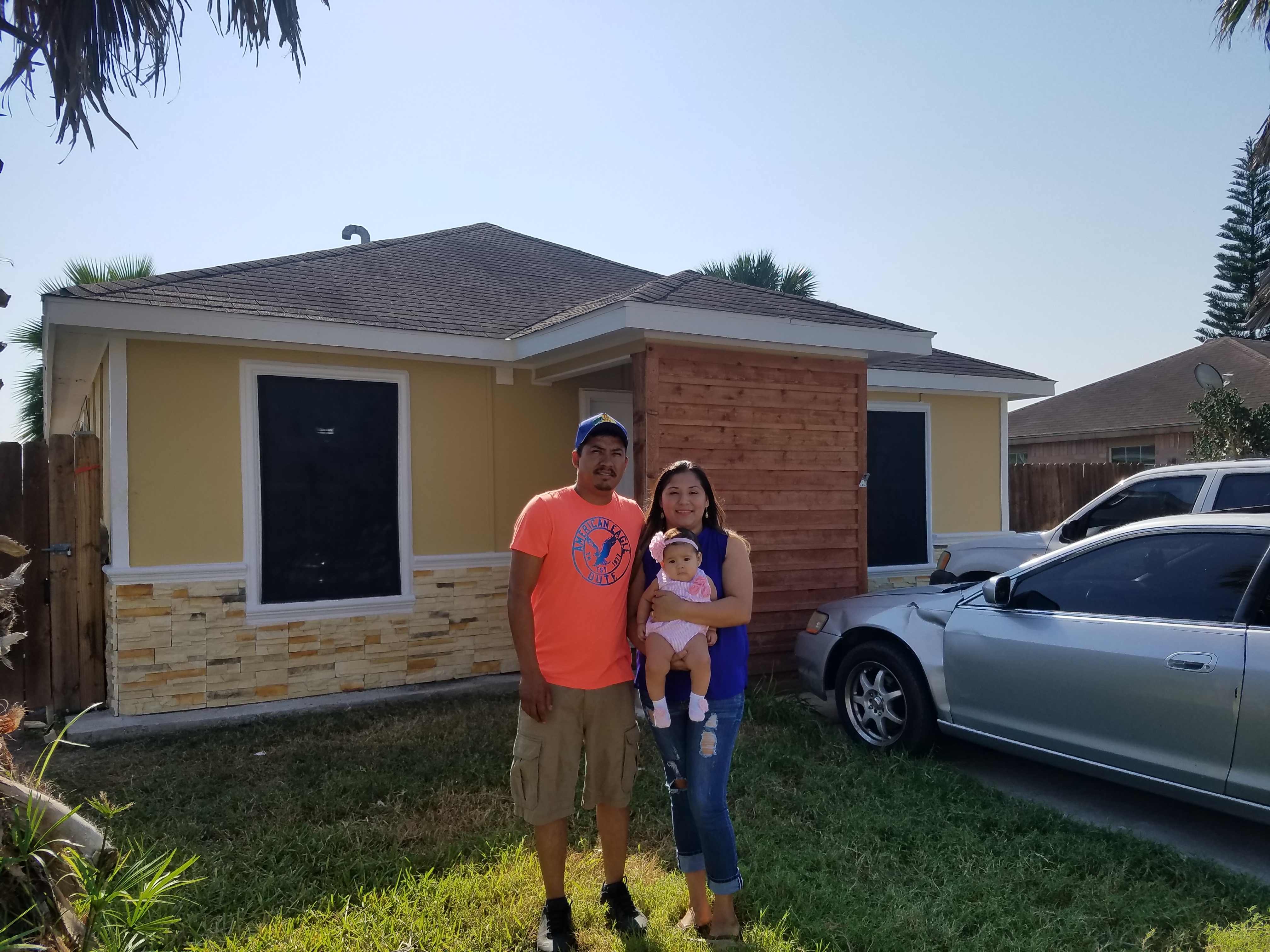 Erica and Carlos Martinez with their daughter, Diana

The Martinez family is a lot like many of the families in their hometown of Brownsville, Texas. Erica and Carlos moved to the United States from San Fernando, México, in 2010 in search of new opportunities for themselves and their daughter, Ivana.

Erica and Carlos knew that living in the US would enable them to build a better life for Ivana, and eventually for the newest addition to their family, Diana. And, living in Brownsville was appealing to them. In addition to the strong sense of community they felt there, they would be near their parents who live across the Rio Grande River in Matamoros, México, and not too far from their friends in the Houston area.

But as much as the Martinez family liked living in Brownsville, they struggled when it came to their finances. Having lived their entire lives in another country, neither Erica nor Carlos had a credit score. The notion that they would take on debt felt foreign to them—in México, you pay in cash or you don’t buy it—and there was so much to navigate in their new country. Moreover, the process of securing legal resident status is both time intensive and expensive. As a young family just starting out, Carlos sometimes felt like the security they sought by moving to the US was out of their reach. 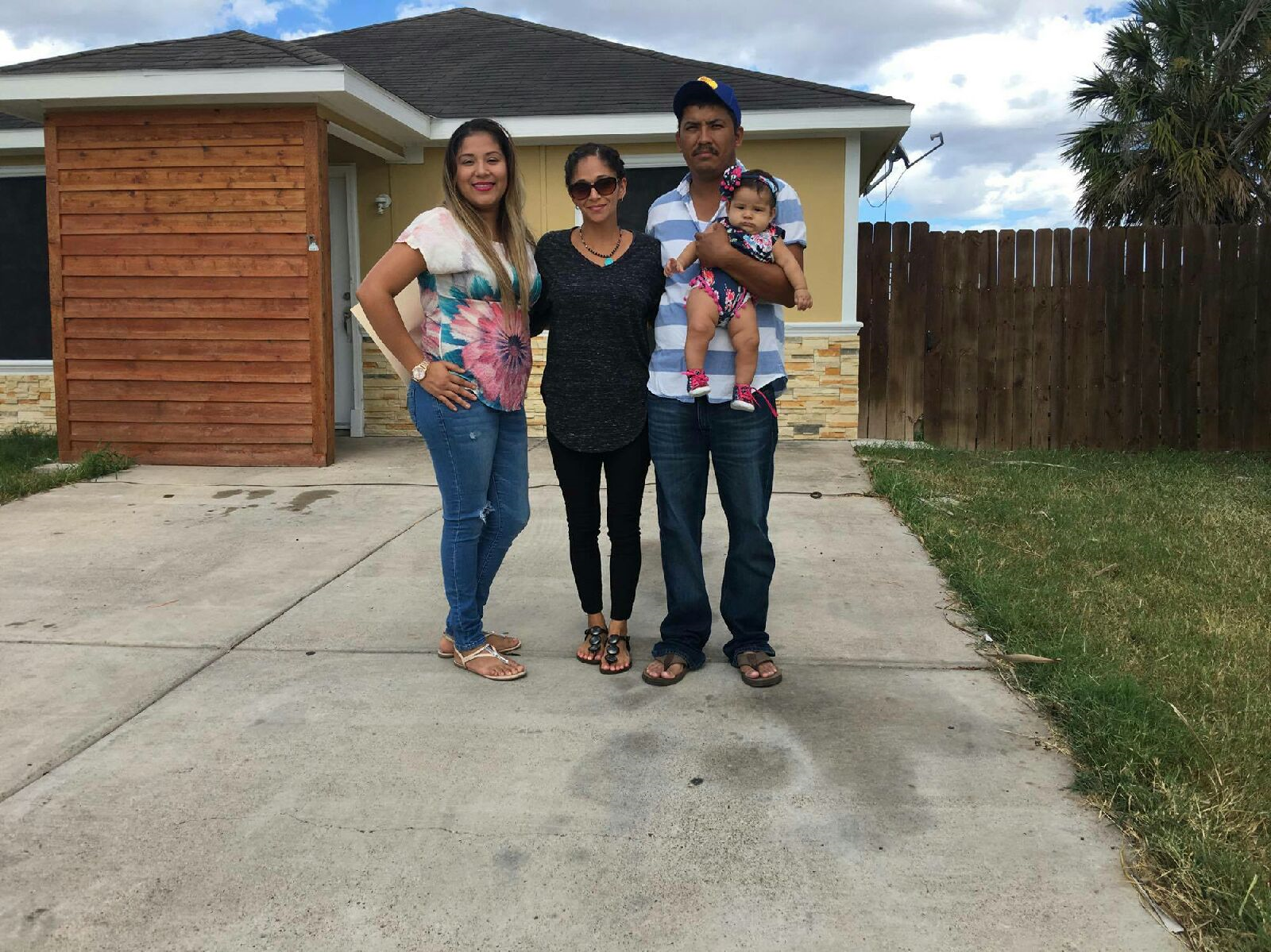 Whereas Carlos was skeptical, Erica had a dream: she wanted her family to own the home they lived in. She had always dreamed of a place for her girls’ lives to unfold, and she knew that they were paying as much to rent their two-bedroom apartment as they would for a mortgage on a three-bedroom, single-family home.

Never losing hope, Erica saw her dream within reach after talking to her co-worker at a local bakery, who mentioned the homeownership program offered by the Community Development Corporation of Brownsville, or CDCB. A HUD-certified housing counseling program, the CDCB program unlocked a range of potential for Erica, Carlos and their two daughters. Erica and Carlos developed a strong relationship with their housing adviser, Claudia Kowalski, who guided them step by step to create a realistic budget, increase their credit scores and save for a downpayment until they reached their goal of homeownership.

Erica knew it would take a lot of hard work, and it wasn’t always easy. But after about two years of participating in the CDCB program—two years spent saving diligently—the Martinez family qualified for their mortgage. With help from CDCB’s in-house lender and in-house real estate agent, Erica and Carlos closed on their home in August 2017, just in time for Ivana to start the year at her new school.

Since becoming homeowners, Erica says life has become much easier. But it’s not just about the money they’re saving by owning instead of renting. "It’s just as much about the little things."

Since becoming homeowners, Erica says life has become much easier. But it’s not just about the money they’re saving by owning instead of renting. It’s just as much about the little things, she says—things like having money to buy a washer/dryer so she doesn’t have to schlep the family’s laundry down the street to the laundromat. Meanwhile, her friends are impressed by how hard she and Carlos worked to put their dreams within reach. At 27, they’re some of the youngest of their friends to purchase a home. As Erica reflects, she knows it was hard, but she knows the investment was worth it. And, she knows none of it would have been possible without the tireless dedication of the folks at CDCB.

As for Carlos? Well, he knows CDCB has been essential in helping his family reach this incredible milestone. But he’s also learned an important lesson: never underestimate Erica’s relentless commitment to achieving her dreams and building a better life for seven-year-old Ivana and six-month-old Diana.

Prosperity Now is proud to support organizations like CDCB and the communities they serve, including families like Carlos and Erica’s. To help put the dream of homeownership in reach for more families, consider giving a gift to Prosperity Now. Your tax-deductible gift helps us build the capacity of community organizations across the country working to help people thrive.

By the Numbers: Ensuring Prosperity for All

Kevin and Wanita Buy a Home

When the voice on the phone said that she and her husband, Kevin, had been preapproved for a $114,000 home...

The Second Time Around, a Home Loan Means Dignity

The Scanlons were among the many thousands of homeowners crushed by the recession of the late 2000s. Then, when they...

How Donna Made the Dream of Homeownership Real

Thirteen moves in 16 years. Donna and Joe were beat up physically from lifetimes of physical, demanding work, and beat...