Two Major Threats to Consumer Protections Are Right Around the Corner 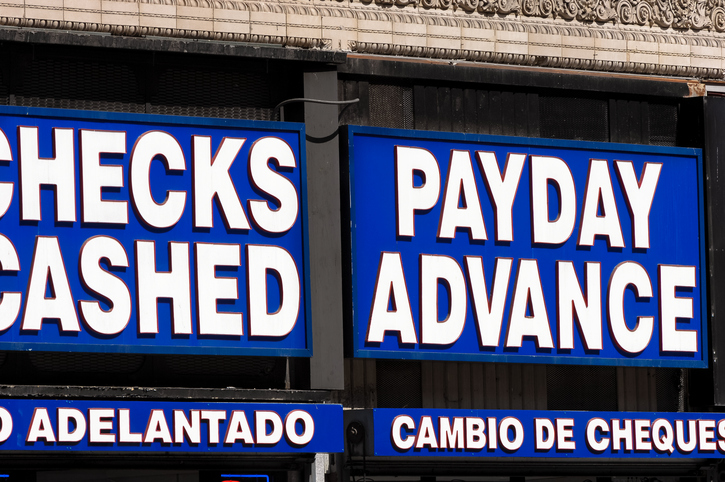 We aim to make consumer financial markets work for consumers, responsible providers, and the economy as a whole. We protect consumers from unfair, deceptive, or abusive practices and take action against companies that break the law. We arm people with the information, steps, and tools that they need to make smart financial decisions.

Yet, during the Trump administration, the CFPB has been working hard to place industry interests over the safety of the everyday consumers the agency established to protect. Two recent developments reflect this.

Less than six months into the job, CFPB Director Kathy Kraninger proposed new rules that would fundamentally weaken protections her agency finalized just two years ago. These rules were designed to stop some of the worst abuses of the payday lending industry and were crafted after years of research, outreach and careful deliberation.

Specifically, the CFPB’s proposal includes plans to get rid of the ability to repay (ATR) standard, a commonsense underwriting practice that requires lenders to establish whether a borrower can actually afford a particular loan before being offered one. The Bureau also recommends removing the limits on reborrowing contained in the rule. These limits were included because a repeat borrowing causes significant harm to people who use payday lending.

Prosperity Now has written a comment letter that strongly opposes the Bureau’s current proposal to undermine the rule, and we are looking for as many organizations as possible to show their support for payday consumers and our message to protect them by signing onto our letter before it closes on May 14, 2019 at 5 pm ET.

With just one-week remaining to push back on the CFPB’s attempt to undermine the payday lending rule, the Bureau is moving on to debt collection—which is an issue the CFPB receives a significant number of complaints about from the public. In fact, in 2018, a quarter of the total complaints sent to the CFPB were about debt collection practices. Totaling more than 80,000 complaints, debt collection complaints outnumber complaints the Bureau receives about mortgages, credit cards, bank accounts and student loans.

Unfortunately, rather than listening to these complaints and proposing a rule that would help consumers safely deal with debt collectors, the CFPB’s proposal tips the scales in favor of the debt collection industry.

Ultimately, we do not think what is recommended by the Bureau in the proposal does enough to protect consumers. In fact, by not requiring debt collectors to verify that debt is valid before trying to collect it, the CFPB’s new proposal is less effective than the set of recommendations proposed by the Bureau three years ago. The proposal also does not set adequate limits on how often consumers can be contacted about debt, particularly through channels like email and text messages. The restrictions on receiving payment for expired debt do not go far enough either. Debtors would not be allowed to sue for repayment of this debt, but we think collectors should be completely prohibited from pursuing old debt.

Like with the payday rules, Prosperity Now will be writing a comment letter with our own recommendations to make the debt collection rule better for consumer safety, and we will be asking our network to support the letter when the time comes. The deadline for the comment letter is expected to be in early August.

As always, your advocacy is critical. Please sign on to our payday letter before the time runs out and stay tuned for more information on how to support strong debt collection rules.

Two Years After It Finalized Rules to Curb Predatory Lending, the CFPB Now Wants to Roll Them Back

When the media covers the economy, it most often reports on fluctuations in the stock market, employment numbers and GDP...

At the end of last year, Prosperity Now’s Federal Policy team summed up the major policy developments from 2018 in...